When a woman claims terrorists are poisoning her through the vents in her home, you know something isn’t right. But for Dr. Phil’s guest, Cheryl, this is her reality, and upon going to bed at night, she wonders if she will wake up tomorrow. 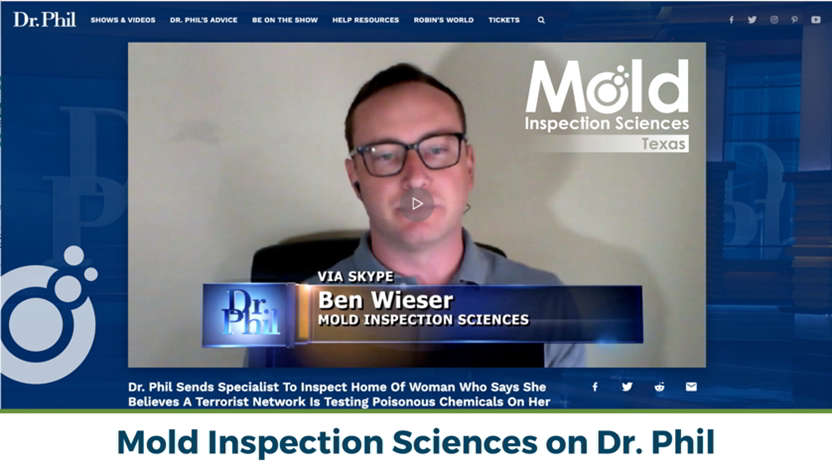 This has been going on for 6 months, 24/7, and I keep saying, ‘why me, why me,’ and the only thing I can think of is my location, that I’m a widowed grandma by myself. - Cheryl

For at least six months before the taping of this episode, Cheryl has believed a global terror network out of Saudi Arabia has targeted her and is experimenting on her with chemical weapons. How? By pumping poisons like chlorine, ammonia, even those that may be undetectable, into her home through the air vents. Why Cheryl? Simply put, she is a widowed grandmother living alone, and all of her neighbors are families. She believes her home is easy to access, and because she lives alone, she is a prime candidate for the testing of these weapons to “gauge her limits,” or the limits that a human body can withstand. In addition, Cheryl has tried staying at five different hotels and claims that the terrorists are following her – she can hear them in the ceiling and continues to smell the chemicals.

I contacted Mold Inspection Sciences, one of the leading mold, allergy, and chemical testing specialists in the United States. I asked them to conduct a thorough inspection in Cheryl’s home. - Dr. Phil 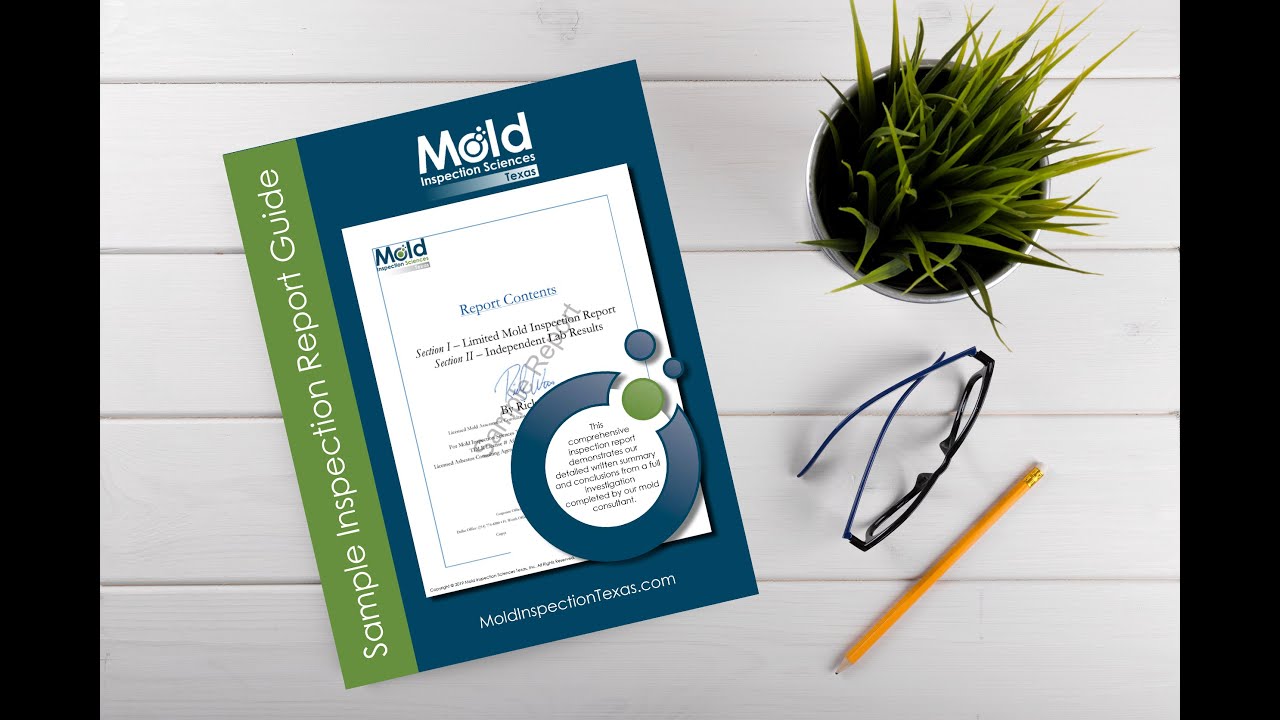 During the taping of this episode, Dr. Phil reached out to Mold Inspection Sciences for a second time (Click to watch our first mold investigation with Dr. Phil) to do a full environmental inspection of the property. Lead mold consultant Ben Wieser made the 3-hour trip to Cheryl’s home and was on-site within two days of the call to get started.

You can see on my infrared the coloration is different on that spot up there. So that checks one. And my second check is with the moisture meter, and that’s 99% wet. So that can indicate there is mold growth behind the gypsum material. - Ben Weiser

Ben completed a full inspection of the property that included infrared thermal imaging, moisture readings, and hygrometer readings. Ben also took a variety of samples for testing that included surface samples, air particulate testing and an additional 24-hour air test to look for any volatile organic compounds that may be circulating in the property. 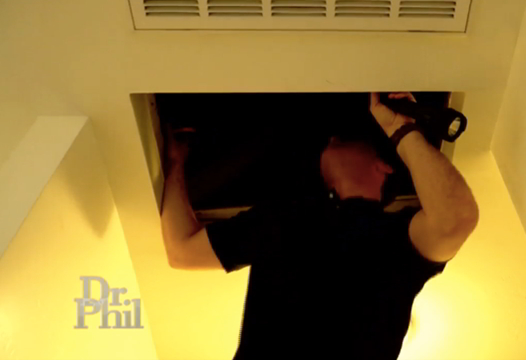 This canister here is going to test for any VOC’s, volatile compounds, that Cheryl thinks might be affecting her. I’m going to leave this here for 24-hours, and we’re going to get to the bottom of this. - Ben Weiser 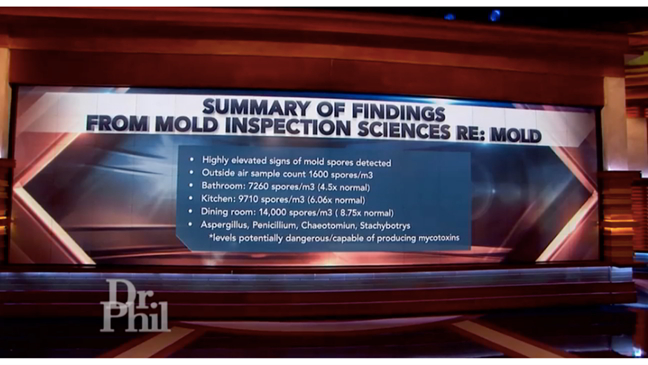 The findings were pretty eye-opening. Upon receiving test results from our third-party lab, it was discovered that there were highly elevated levels of at least four different types of mold spores – Aspergillus, Penicillium, Chaetomium, and Stachybotrys. On the day of the inspection, an outside air sample, used as a control sample, revealed a base count of 1,600 spores/m3.

Compared to the indoor findings, it’s easy to see the potentially dangerous mold levels capable of producing . In the bathroom and hallway, 7,260 spores/m3 were found. That’s over four and a half times the baseline count. In the kitchen, 9,710 Aspergillus spores/m3 were revealed along with 12,500 spores/m3 of Penicillium, Chaetomium, and Stachybotrys, which ranges from six to eight times the control sample. In the dining room, we found 14,000 spores/m3, that’s nearly nine times the baseline count. 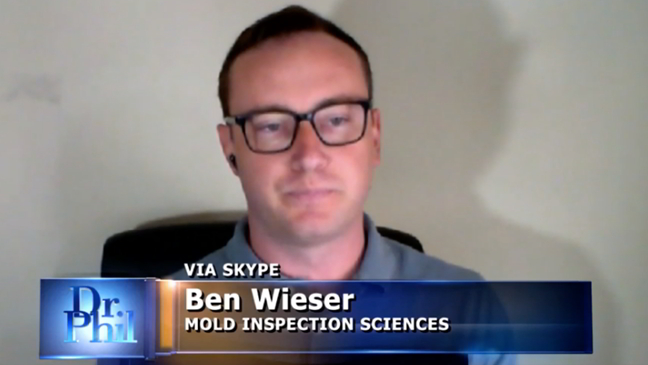 Stachybotrys, Chaeotomium, and Aspergillus all produce mycotoxins that can potentially be harmful to people.” - Ben Weiser

With all this data in hand, what’s the final verdict? Cheryl was indeed being poisoned, but not by a global terrorist network, rather by mold, which a urine analysis confirmed. Cheryl had very high levels of four different classes, including 15 different mycotoxins present in her body. Along with our help, Dr. Phil was able to diagnose Cheryl and get her the necessary medical attention needed.

We’re proud to have worked with Dr. Phil for a second time to get to the bottom of this very dangerous issue for his guest. Cheryl knew something was happening in her home, and she was right, but her assumptions were misdirected due to the nature of the toxic environment.

Five Reasons to Get a Mold Inspection

Our Podcast is Here! Listen in to our new episode of The Secret Life of Mold for the top five reasons why getting a mold inspection before purchasing a home is the smart thing to do. 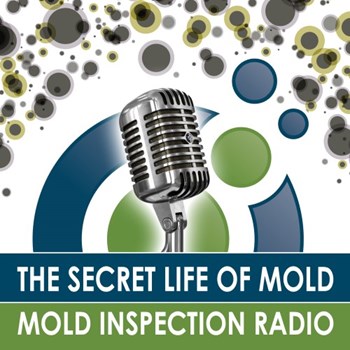 I Believe Global Terrorists Are Poisoning Me

What A 'Dr. Phil' Investigation Finds At The Home Of Woman Who Claims She’s Allergic To Almost Everything

As Chief Operations Officer for Mold Inspection Sciences, Brandon is responsible for overseeing the day-to-day operations; focusing on client service and field team management. Brandon’s specialty is working with current clients to help them understand their mold inspection and testing reports. He can make the complicated simple.

Prior to joining the Mold Inspection Sciences team, Brandon worked in the professional mold remediation industry. He specialized in managing large and unique projects that required a close eye and attention to detail.

Brandon spends the majority of his off time chasing around his three young boys and daughter. They enjoy experiencing the outdoors together, whether it be taking the bikes out for a ride to the park, or spending the weekend camping and hiking.

Are you looking for a service oriented mold inspection and testing company?